“Paupers and kings, princes and thieves

Singers of songs, righters of wrongs, be what you believe

So saddle your horse and shoulder your load

Burst at the seams, be what you dream, and then take to the road.”

Journey of the Magi – Frank Turner

Most Fridays I will be inviting you to “see” my world, the East City. To enjoy with me a snapshot of a moment in time which collectively I hope will reflect both the beauty and the brokenness of my community

This is Mr Jassien’s car, made in 1954.  For 37 years of its long life Mr Jassien has been it’s proud owner. He gets offers for it all the time, he told me, but he is not interested in selling her.

I like the contrasts in this picture.  I post this picture as a challenge to myself. I hope it stirs something in you as well.

The art on the building is done by my friend Andrew.  You can check out more of his work here.

Feeling a bit under the weather the other day I decided that what was needed was a hot lemon, honey, brandy and disprin “bomb” as we like to call them in our house. So I nipped down to the liquor store to get a small bottle of brandy. On the way there I greeted one of the homeless men that I recognised from around the neighbourhood. I don’t know him really well but we knew each other well enough to greet as we passed.

As I came out of the shop clutching my purchase my new friend spied me and practically began to dance, shifting from one foot to another.

Before I could even answer he had swooped up his plastic cup from among his few possession behind him and he held it out to me expectantly. I looked at my empty wrist and exclaimed “Dis so laat en jy droom nog broer?” (It’s so late already en you are still dreaming)

We both laughed and went on our ways. Life in the East City can be colourful some days

A possibly abandoned house with gang graffiti tagged on the front.  NTK are the Nice Time Kids

My boys during one of our prayer times.  This photo was taken by my friends Carrie. You could check out more of her work here.

Fridays are for photos.  And so most Fridays I will be inviting you to “see” my world, the East City, to enjoy with me a snapshot of a moment in time.  A reflection I hope of my community, our hope and our God at work.

In my community there is a corner shop on… well every corner.  If not quite every corner at least at the top or bottom of most streets there is a corner shop.  They stay open late.  They know your name.  You know where to get your bread, milk, cigarettes or 2 litre coke.  For some of them they have been in the area for generations, like the famous Mr Parkers on Roodebloem Road.  For us, though, Mrs Cassiem’s house shop is our local.  She knows my boys and they will run from our door all the way to her house before I have even gotten half way there.  We normally chat about the weather, her plans to extend her shop, how big the boys are getting and lately she has even given us some good health care advice. 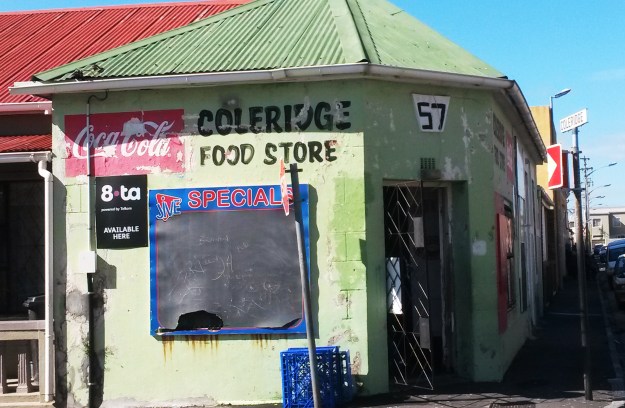 With the South African elections coming up tomorrow we are inundated with talk of this party fighting for this right or that right or this cause or another. Even Christians seem to be primarily concerned with standing up for and defending our rights or protecting our religious freedoms.  At best case Christians will stand up for one or two personal morality issues. As commendable as this is and as necessary as it is for Christian men and women, in all the various parties, to go to parliament and to conduct themselves with honour and integrity; what I really want to know is what we middle-class Christians will be doing to change the context in which many of our great injustices are given born. Or put another way, what will we do in order to fight for the rights of those who are not like us

Let me use the contentious issue of abortion as an example.  It is easy for me as a white middle class male to be anti-abortion (and in principle I am) but far harder for me to be about changing the context in which most abortions in this country occur.  It is easy to point fingers at the people getting abortions as lacking morality, and whilst not discounting the reality of our own sinful hearts, I think the truth is more nuanced than that.

There is a reality that in many communities life is cheap, sex is disposable and your worth is measured by your sexuality.  Rape is an ever-present shadow of possibility.  Sex can be used as a powerful tool to get out of poverty or abusive situations.  Young girls barely able to care for themselves get pregnant.  Get abandoned.  Possibly even ostracised by their family. Alone and desperate they face what seems to them to be the only option open to them.

But what if we as Christians spent less time protesting at abortion clinics or picketing parliament to change the laws but instead went to the source and got our hands dirty changing the context in which the need for most abortions in this country take place.   Abortion is not a problem, it is an inadequate solution to a far bigger problem.  What if we as Christians were more concerned with creating the kinds of communities where abortions were not necessary rather than kicking against what is, in some cases, the inevitable outcome of a broken society.

What if some of us moved into these communities bereft of role models and lived our lives there as signs of hope?  What if we intentionally chose to open our lives to young people, modelling family, worth, integrity and love?  What if we were more concerned with showing young women they had value and honour and did not have to use their sexuality to prove their worth? What if we taught the young men on our street to be men who stand up to their responsibilities?  What if we stood with them, when it was easier to run away?  What if we showed them that real men use their power not to dominate or possess but to love and serve the weak and the vulnerable?

Some Christians have a problem with me voting for a party that is pro-abortion and say that I am complicit in that act.  I say no, I would rather vote for a party that promotes dealing with the issues that underline the context out of which most abortions in this country occur.  I choose to fight not for my rights but for the rights and value of those who are forgotten or marginalized.

I love to walk around my neighbourhood.  There is so much beauty in the people, the colour. the buildings, the life. And the glimpses of hope that spring up from between all the grime, the brokenness and the hurt remind me of what God is doing in this world.  In the midst of all the brokenness and pain, God is busy with his work of restoration, hope and reconciliation.  Sometimes you have to look really hard too see it but there in the middle of all the death is the tiny hint of green.  I love to walk as much as I can because it slows me down long enough to see what can only be seen at a slower pace.  Beauty it seems revels in the unhurried pace of the walker.

A beautiful piece from the master Freddy Sam 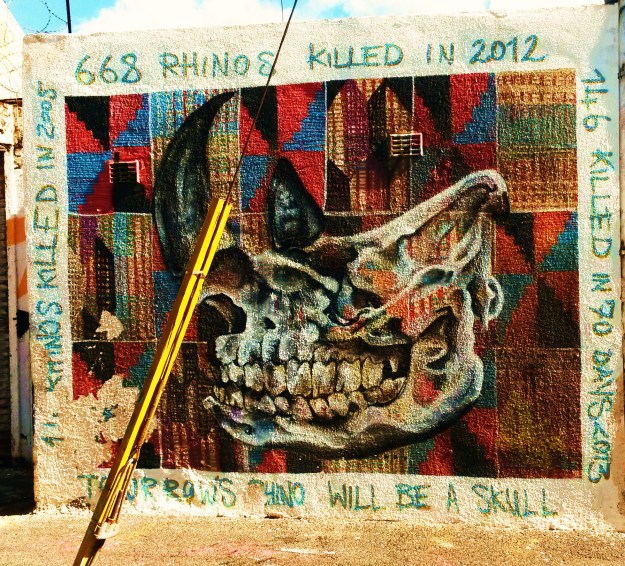 What makes this even more amazing is that it done on a stippled wall!