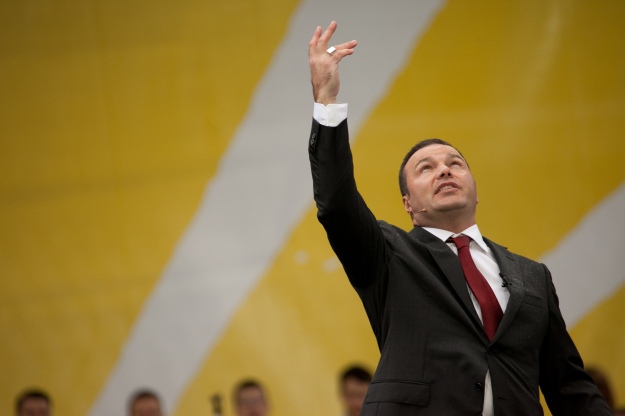 These days finding someone who was a fan of Mark Driscoll can be harder than finding a white person who supported apartheid. So perhaps I should come clean…

What was I thinking, you wonder?

But it turns out there was something to love about, in particular, early Driscoll. Something that made me look the other way on a whole bunch of other things that should have mattered a whole lot more to me than they did at the time.

What could I have possibly loved about Mark Driscoll?

In short, here was a guy who was in my broadly speaking theologically conservative camp saying the things that I felt in my gut; and wished I had the moral fibre to say out loud.

Early Driscoll challenged the status quo of a church preoccupied with itself. He told us to get out into your city, listen, learn, serve, get to know people by name. Go onto their turf, even if it makes you uncomfortable. Get out of your Christian culture bubble! Build friendships with those who don’t know Christ… and not just the ones who are like you. Engage the culture of your city. Enjoy your city. Care for the poor. Make good music. Brew good beer. Driscoll called us to structure our lives and our churches around the lost not the found. People matter more than programmes, he said; and your doctrine does not imprison you but rather it sets you free to be good news in the world. And he did all this without chucking in his evangelical theology. He was passionate. He was unashamedly missional. He told us to take risks and to not play it safe. He encouraged us to be both innovative and evangelical.

I never met Driscoll but God used him to breathe life and breath to my soul.  To be ok with risk and innovation and new things. To be ok with being misunderstood or excluded for the sake of mission. I am not sure Driscoll even intended all the consequences of his teaching in my life but God did.

Strangely what Driscoll also taught me is to be ok with my “gut.” When something is “not right” don’t keep quiet. Don’t just be sure you are wrong or have misunderstood. Verbalise it. Be the one in the room asking the uncomfortable question. Say the thing that others are feeling and not saying. That thing that needs to be said. Even if you are not invited to the table of acquiescence again.

A lot has been said about Driscoll’s “demise” and what a good thing that could be for the church. And with most of it I agree.

But the thing that saddens me most about Driscoll’s demise is that the naysayers win the day.  The play-it-safers appear to be proved right. The middle-of-the-roaders and the keep-doing-what-we’ve-always-done-rs are given the high ground. The don’t-rock-the-boaters and the-status-quoers are given more ammunition for their already impotent justifications. The too-scared-to-tryers or the-afraid-to-be-wrongers happily cheer from their isolated corner. The keep-it-respectables and the play-by-the-rulers are further entrenched in their unsullied convictions. Do what we’ve always done they say and you will not go the way of Driscoll. We’ve seen it all before and it never works they say. Do it our way, it’s the way we’ve always done it.

I wish Driscoll was not wrong.

But still don’t listen to them.

Your life is not your own. You have been blessed in order to be a blessing to the world. Give your life away in service to our Saviour. Dream big Kingdom sized dreams. Risk everything for mission. Share the gospel passionately. Share your bread with the hungry, your home with the hurting, your table with unlovely. Love deeply. Share generously. Embrace innovation for the sake of mission. Get out into your city. Into the dark, lost and forgotten places. Let the light shine in the darkest places of your community. Let your lives be a bold and beautiful declaration in word and deed that it is good to live under the reign of King Jesus.

Don’t listen when they rebuke you, when they roll their eyes, when they shake their heads and say one day you’ll see.

Block your ears to the world of good advice and run. Run to embrace God’s bigger, better and altogether more glorious call on your life.

I think Driscoll got lost, I hope he finds his way here again.

4 thoughts on “Why I once, sort-of, kinda liked Mark Driscoll”